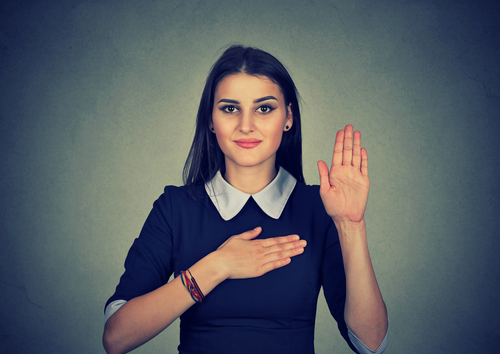 I’ve seen it in a hundred group rooms and therapist’s offices: an inspirational poster with the words “a journey of a thousand miles begins with a single step,” a quote by the ancient Chinese philosopher Lao Tzu. In my first months and years of trying to get sober (it was a long process for this alcoholic), it used to irritate me. I didn’t want to go on a thousand mile journey; I didn’t even want to take the first step. I wanted to be left alone to stumble into an eventual alcoholic death, hopefully before the age of 25. When I look back at my reaction to those words, now having over three years sober and having made it past 25, I realize that I wasn’t so much irritated by those words as I was scared. I didn’t know how to take that first step, and I didn’t know how to ask for help. What I didn’t understand then was that simply saying that I needed help and that I was scared was the first step.

The program of Alcoholics Anonymous and its various 12 step offshoots, like Narcotics Anonymous and Codependents Anonymous, employ a method designed to produce a spiritual awakening in addicts and alcoholics that removes the obsession to drink or use drugs and allows them to live life on life’s terms. I wasn’t sure I necessarily wanted to live life on life’s terms- I much preferred my own terms- but I knew I didn’t want to obsess over my next fix anymore, so I reluctantly agreed to work the 12 steps. Each step is based upon a spiritual principle that guides the direction of the individual taking that step. They are, in order:

This list was essentially a list of everything I didn’t possess in early recovery. I was scared to take my first step because I didn’t know how to be honest. The first step of Alcoholics Anonymous (the 12 step program I chose to work, but it’s the same in every fellowship) reads “We admitted we were powerless over alcohol- that our lives had become unmanageable.” That was certainly true for me. In active addiction, I lied about every single aspect of my life. I could be confronted with video evidence of my drug use and look someone straight in the face and deny that it was me. My web of lies grew so complex and so deep that I became, as Alcoholics Anonymous literature says, “unable to differentiate the true from the false.” How could I take the first step if the principle at the foundation of that step- honesty- was so foreign to me?

Luckily for this alcoholic, the program of recovery is designed for people who don’t know how to do it. I was blessed to have a sponsor who explained to me that all I had to do was complete the assignment she gave me for my first step as honestly and thoroughly as possible. I didn’t have to never tell a lie again- an expectation I would have failed to meet- she said; a life of honesty would come naturally to me if I followed the suggestions and worked the steps. She told me that the footwork is up to me, and the results are not my responsibility. As long as I was striving, to be honest in my daily life, that was enough. I didn’t believe her, but I did believe that I wanted the kind of life she had, so I was willing to do the work she had done in order to get there. That meant taking the first step. What I didn’t know was that allowing myself to feel my fear over the first step, and sharing it with my sponsor, was the first time I had been honest in a long while. By putting words to my feelings and saying “I don’t know how, to be honest,” I was being honest and living the first step principle. The reaction of my sponsor and sober supports made me feel safe. They shared with me their fear surrounding the first step and told me that it was normal and that if I was willing to work through it, it would dissipate in time. Maybe that’s what I needed- to be honest and to receive compassion rather than shame in return. I had lied so often because I was living so dirty, and couldn’t bear the reactions of the people I loved that were sure to follow any confession of what was really going on in my life. But the moment I was willing to open up about my fear over the first step (and all the steps that would follow), I felt an overwhelming sense of relief. That’s when the work began.

The Importance (and Benefits) of Honesty

Like any alcoholic or addict, before I do something, I want to know what’s in it for me. In the case of the first step, it turned out that it was so much more than I could have imagined. Doing my best, to be honest in my daily life (I have never done it perfectly, nor do I ever expect to), has had these benefits in my life:

The first step was the beginning of a thousand mile journey, and it’s a journey I’m still on. But you know what? I’ll happily walk this path, with immense gratitude, for the rest of my days, God-willing. It’s been one of joy, pain, peace, frustration, serenity, surprises, and the immense beauty of a full and real life; one I wouldn’t trade for anything. If you want to make the first step of your journey in recovery, Detoxes.net can help- call us today at 800-232-0657.